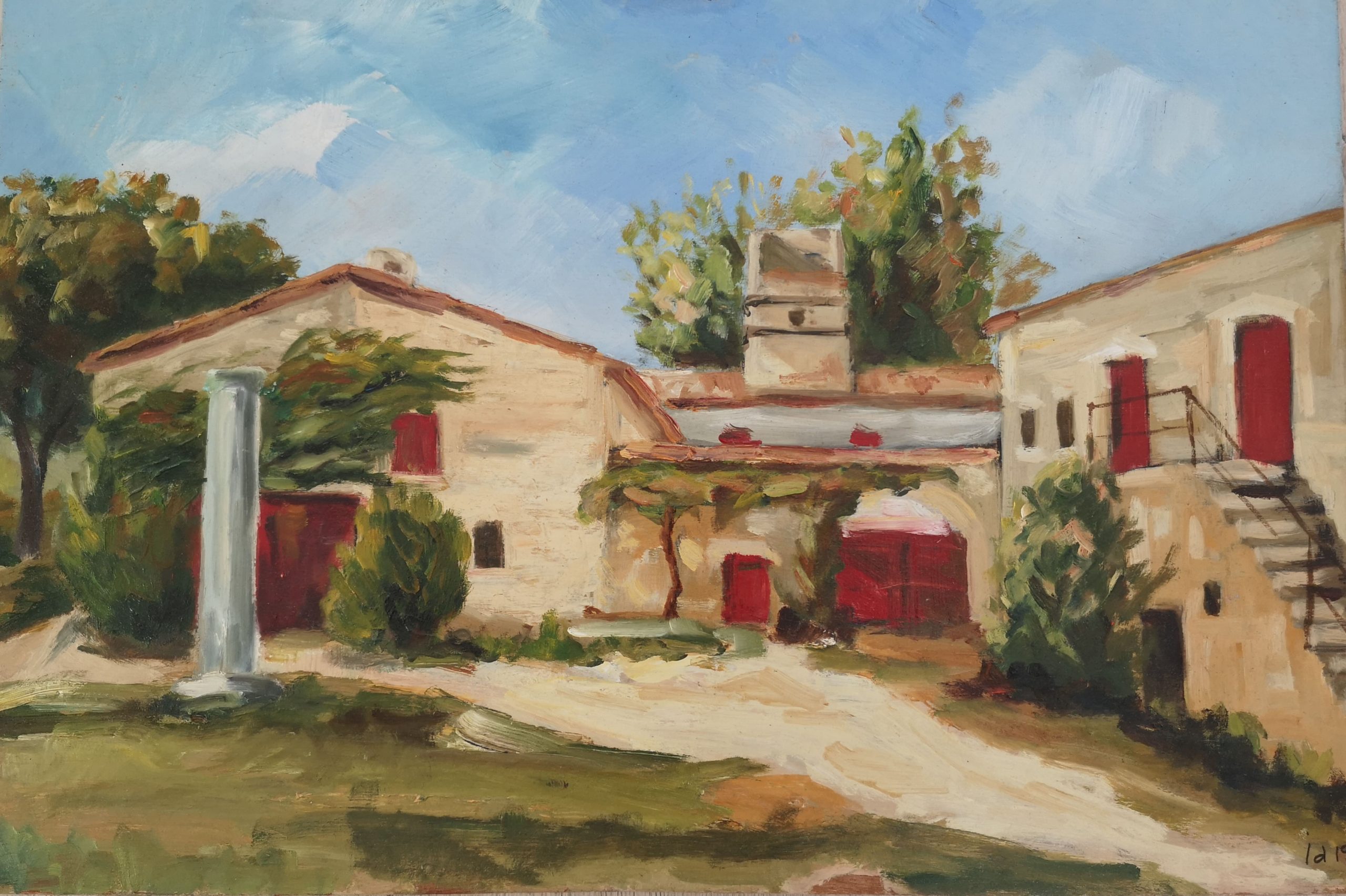 Jean Damon is the husband of Kathrine Damon and father of Cedric M. Damon. He was born the 19th October 1933 and he loves painting. He was a business man by profession and an artist by vocation. He is a man of a rare calm temper and confidence. Someone you can always count and trust. The character and intellect of Jean has been always greatly valued. He graduated at HEC Paris and suddenly difficult times came when he left France for the conflict in Algeria. He later came back to Nîmes where he spent his full career at Perrier becoming Chief Export Officier. He was passionate on his job as much as he was dedicated to his true passion, the art of painting. Sometimes, he even sculpted and produced objects made of differents materials such as iron and wood. However, his true vocation was painting. Since his young adulthood, he produced different impressionist and fauvist paintings inspired by Matisse. Among his characteristics, he has been always a humble man, at the point to have rarely signed his paintings. With a small gallery online, his nephews decided to valorise his productions. Visit us at Le Mas Blanc Uzès to see the full gallery!
We use cookies on our website to give you the most relevant experience by remembering your preferences and repeat visits. By clicking “Accept”, you consent to the use of ALL the cookies. Read More . Do not sell my personal information
Cookie settingsACCEPT
Manage consent

This website uses cookies to improve your experience while you navigate through the website. Out of these, the cookies that are categorized as necessary are stored on your browser as they are essential for the working of basic functionalities of the website. We also use third-party cookies that help us analyze and understand how you use this website. These cookies will be stored in your browser only with your consent. You also have the option to opt-out of these cookies. But opting out of some of these cookies may affect your browsing experience.
Necessary Always Enabled
Necessary cookies are absolutely essential for the website to function properly. This category only includes cookies that ensures basic functionalities and security features of the website. These cookies do not store any personal information.
Non-necessary
Any cookies that may not be particularly necessary for the website to function and is used specifically to collect user personal data via analytics, ads, other embedded contents are termed as non-necessary cookies. It is mandatory to procure user consent prior to running these cookies on your website.
SAVE & ACCEPT